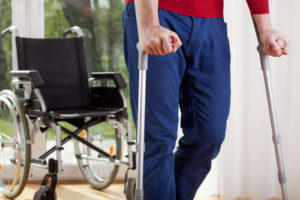 North Carolina workers spend almost a quarter of their lives on the job. Many jobs carry inherent risks and hazards, particularly occupations in the construction, manufacturing, transportation, healthcare and agricultural / forestry / landscaping industries. When a North Carolina worker is injured on the job or if a worker dies in a job-site accident, workers’ compensation benefits are supposed to help during the worker’s or surviving family’s recovery. The U.S. Bureau of Labor Statistics (BLS) says more than 900,000 workers in the U.S. suffered injuries that prevented them from working for some length of time in 2011. There were 4,609 workplace fatalities across the country in 2011. In North Carolina, the Occupational Safety and Health Division (OSH) of the state Department of Labor says there were 35 fatal accidents at job sites in the state from October 2011 to September 2012 (the fiscal year). Work-related injuries sideline able-bodied workers every day. If you or someone you love has suffered a workplace injury that has kept them from working in North Carolina, call the experienced workers’ compensation lawyers at Hardison & Cochran toll free at (800) 434-8399 or fill out our online contact form to make sure they get the benefits they need and deserve. You’ll get a response within 24 hours, and your initial consultation is always free.

OSH keeps annual statistics of deaths that occur on the job. It recorded 35 fatal accidents at job sites across the state in Fiscal Year (FY) 2012. Thankfully, the work-related fatality rate for FY 2012 is fewer than the 54 workplace deaths recorded in FY 2011 and the 44 job-related deaths in FY 2010. OSH also keeps track of the types of injury that led to workplace deaths each year in North Carolina. For the last few years, they have included:

The kind of sudden trauma to the human body that is caused by job-related falls or by being struck by an object or pushed against an object, or being caught in or compressed by equipment or objects, can cause a variety of serious orthopedic injuries. The American Academy of Orthopaedic Surgeons (AAOS) defines orthopedic injury as damage to any part of the musculoskeletal system (muscles, bones, joints, tendons, ligaments and surrounding soft tissue). Orthopedic injuries, also known as “musculoskeletal injuries,” are treated by rest followed by rehabilitative exercise for mild injuries, casts for broken bones and surgery to repair torn tendons or replace damaged joints. The AAOS says musculoskeletal injuries cause workers to miss may days of work and cost the United States nearly $850 billion a year. Falls and other sudden-impact accidents may also lead to:

Inhalation of certain gases or fumes in the workplace is a risk factor for chronic obstructive pulmonary disease (COPD). COPD develops over time and may include chronic bronchitis, which involves a long-term cough with mucus, or emphysema, which involves destruction of the lungs over time. Individuals who have been hurt on the job have a right to workers’ compensation benefits for medical and rehabilitation expenses, and lost wages and productivity. If a family member has been in a fatal workplace accident, survivors should be compensated for the lost income that the loss of a breadwinner means.

The North Carolina Workers’ Compensation Act exists to protect employees who have been hurt or who have contracted illnesses that prevent them from earning a living, whether temporarily or permanently. But the process of making a claim for benefits can be daunting. The complicated nature of workers’ comp regulations often adds stress to the claims process. The North Carolina workers’ compensation attorneys at Hardison & Cochran are ready to assist you throughout the process to see to it that you get the compensation you deserve. Our dedicated service to injured workers in North Carolina extends across the state, with particular emphasis on Raleigh, Cary, Durham, Wake County, Fayetteville, Dunn, Greensboro, Research Triangle Park, Wilmington, the Triangle, the Triad, Person County and Southern Pines. If you or someone you love has suffered a workplace injury or illness, call the experienced North Carolina workers’ compensation lawyers at Hardison & Cochran toll free at (800) 434-8399 or fill out our online contact form. We will respond within 24 hours. We take every workers’ compensation claim seriously. Let us help you today.