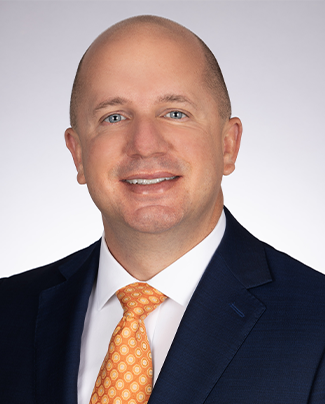 John Paul Godwin had his sights set on becoming a lawyer by the time he graduated from high school.

His stepfather has a general law practice in Dunn, and when John Paul was in high school he helped his stepdad by doing odd tasks and errands around the office. The experience gave him a chance to learn about how law firms operate. It also gave him an opportunity to meet other lawyers and make note of how they conducted themselves.

“It was just the way they carried themselves,” Godwin recalls. “They knew what they were talking about, they all had class, they were the leaders of the community. And that’s what I wanted to be. So that was the beginning of my interest in the law, and my stepfather is truly the reason I decided to become a lawyer.”

Godwin received a B.A. degree in history at the University of North Carolina Wilmington in 2006, and obtained a J.D. from the Norman Adrian Wiggins School of Law at Campbell University in 2010. During his second and third years of law school, Godwin worked as an intern and clerk at Hardison & Cochran, and joined the firm as an attorney after graduating from law school.

“I like being able to help a person who has absolutely no idea what the law says about their situation and give them the opportunity to make a decision that is in their best interest after fully advising them on the consequences of those decisions,” he says. “I like being able to just help folks who deserve it.”

While Godwin considers legal advocacy to be his primary responsibility, he also believes that attorneys have an important general advisory role with their clients as well.

Godwin extends a similar commitment to his community as a whole. He is active in the Raleigh Chamber of Commerce as a member of the Community Involvement Task Force of the Chamber’s Young Professionals Network. The task force creates service projects and volunteering opportunities to benefit area nonprofit organizations. He is also active in the Public Service Committee as well as the Swearing-In Committee of the Wake County Bar Association. In addition, Godwin is active at the Blue Ridge Campus of Summit Church where he has participated in ServeRDU and volunteered on behalf of the Church at the Raleigh Rescue Mission.  John Paul is also a member, and past master, of Palmyra Lodge No. 147 in Dunn, NC.

He enjoys spending time with his family, is a passionate UNC Tar Heels football fan and avid golfer.