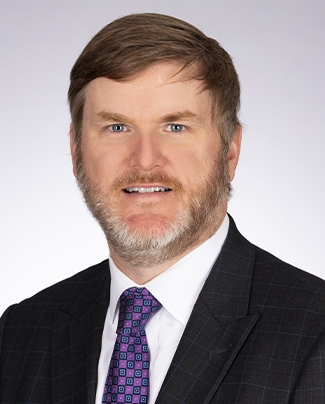 There is little doubt about which type of practice he prefers.

“It’s gratifying to help people who need it,” he says. “Before, I’d go about my job every day just trying to bill hours and trying to save the client insurance companies some money. It was not as rewarding to me as this.”

Hardison received a B.A. degree in journalism from the University of North Carolina in 1999 and a J.D. from the UNC School of Law in 2004. He was a member of the law school’s Holderness Moot Court team and was named to the Dean’s List.

He launched his legal career working for two insurance law firms, in Charlotte and Raleigh, before coming to Hardison & Cochran and putting his knowledge of Workers Compensation law to use in a different way.

“When I came here, I was able to hit the ground running, applying the background knowledge of the statute, the case law, and just how the whole system works,” he says.

“Having been on the other side helps me to appreciate what I do,” he says. “It’s so much more gratifying to make a difference in someone’s life and help them get the benefits and medical treatment to which they’re entitled that they wouldn’t have been able to receive without you.”

Hardison is a partner at Hardison & Cochran.

His practice includes every aspect of representing individuals in Workers Compensation, from initial filings to appeals that can extend all the way to federal district court. In one of those federal cases, his client secured a $3.5 million recovery that was chosen by North Carolina Lawyers Weekly as one of the notable cases of 2015. His client was a worker who was paralyzed from the waist down when a tree fell on him while on the job in Mebane, N.C.

He is certified by the North Carolina Bar Association as a Board Certified Specialist in Workers Compensation Law.

Away from the office, he enjoys spending time with his family, including a young daughter and young son, and following University of North Carolina sports.