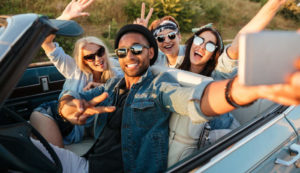 Snapchat is the current craze in social media, allowing users to post online pictures or short videos of themselves, which then disappear within seconds. Teenagers in particular are avid users of Snapchat, embracing it as a fun way to communicate. Unfortunately, while snapping and sending pictures may seem like a harmless pastime, there are increasing reports of teens using the app while driving, resulting in an increase in distracted driving car accidents and injuries.

Is Snapchatting and driving a serious issue that parent’s need to be concerned about, or is it just another trend that only affects a few individuals?

Why Snapchatting While Driving Is So Dangerous

For users adept with a Smartphone, it takes only a few seconds to snap a picture or video and send it off to a friend, so what is it that makes using the app so dangerous? While sending or receiving snaps is not necessarily harmful in and of itself, an increasing number of people have taken to using it while driving.

[/su_pullquote]According to a DMR report citing Snapchat statistics, the app has gained over 150 million daily active users since its launch in 2011. Of this number, more than 16 million users admit to using the app to take photos and videos when operating a vehicle. According to traffic safety experts, engaging in any activity that takes your eyes off the road and your hands off the wheel puts both you and other motorists at risk.

Snapchatting while behind the wheel is a form of distracted driving. According to the National Highway Traffic Safety Administration (NHTSA), distracted driving is responsible for more than 400,000 car accident injuries and as many as 3,000 fatalities each year. There are a variety of tasks that drivers engage in during the course of their daily commute or while out running errands, and while certain activities may seem harmless, it can impact their driving abilities. There are three main classifications of driver distractions:

As a form of texting while driving, Snapchatting while driving is illegal in the state of North Carolina. It is also one of the most potentially dangerous activities, as it combines all three types of distractions.

Snapchat and Driving Among Teens 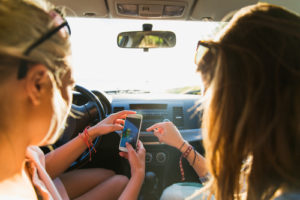 While teens and young people are overwhelmingly Snapchat’s biggest fans, the NHTSA reports that this age group is also at the greatest risk for being involved in all types of potentially dangerous and life threatening car accidents. The website DoSomething.org states that car crashes and collisions are a major source of serious and potentially disabling injuries among young people. Traffic accidents are responsible for approximately one third of all teen deaths in the U.S. The following are other sobering facts about teen driving accidents:

Social media sites have been increasingly cited as a factor in car accidents and injuries, particularly among teens, and the use of Snapchat is one of those that has been blamed in lawsuits seeking damages. A CNN report on Snapchat accidents and lawsuits states that a recent case involving an Atlanta car accident head injury victim is just the latest example, in which the use of the app by the at-fault driver was specifically cited in legal documents as having caused the accident. Similar lawsuits are expected to follow. While none have yet been filed directly against Snapchat creators, app developers are taking notice. They are quoted in the report as stating that, “No Snap is more important than someone’s safety,” and now include a ‘Do Not Snap and Drive’ warning within the app itself

What Parents Can Do to Keep Teens Safe Behind the Wheel 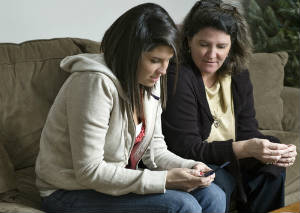 As a parent, what can you do to keep your teen safe behind the wheel and discourage them from engaging in dangerous activities, such as Snapchatting and driving? A USA Today report on distracted driving among teens advises parents to talk honestly with their teen, using facts and figures to point out the risks of behaviors behind the wheel that cause distracted driving accidents. Since teens are known for not always heeding their parent’s advice, parents may want to take extra precautions with the help of technological aids that monitor teens behind the wheel. These include the following:

Let Us Help You if You Need an Attorney

If you or someone you care about has been injured as the result of a car accident anywhere in North Carolina, contact our experienced car accident attorneys today. At Hardison & Cochran, we provide the aggressive legal representation you need to assist you in getting the compensation to recover from your injuries.