The Cost-of-Living Adjustment (COLA): An In-Depth Look at What It Is and How It Is Calculated 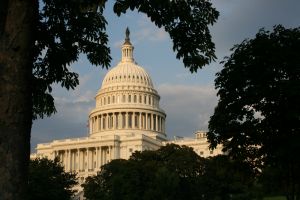 In a previous post on May 5th we shared news from an article in the New York Times about the cost-of-living adjustment that is applied each year to Social Security benefits recipients’ checks. The article offered the news of this happening, but it really didn’t dive into how it happens. Today we are going to share and provide resources for you to learn a little more about the cost-of-living-adjustment and how it calculated each year.

What is used to represent the change in COLA?
Each month the Department of Labor updates the Consumer Price Index for Urban Wage Earners and Clerical Workers. The cost-of-living adjustment change reflects the changes in these numbers.

What is the exact formula for the COLA?
The COLA all rests on the 3rd quarter numbers from two years. The aforementioned Consumer Price Index is updated each month. The 3rd quarter represents the months of July, August and September. Therefore, the Consumer Price Index numbers from those three months in two consecutive years are used. They are averaged out and the change in those numbers will be applied in December of that year and payable in January of the next. Confused? See the chart below from the Social Security Administration.

As you can see, the 2009 COLA, which was applied to checks beginning in January of 2009, was calculated using financial information from 2007 and 2008. In that time span there was roughly a 12 dollar increase in the Consumer Price Index and that came out to 5.8 percent change from 2007.

Why is the 2010 COLA forecast by the Government not have it increasing?
Going off the last answer the COLA is calculated from 3rd quarter reports of the CPI. As you read, the CPI average from 2008 was 215.495. For the 2010 COLA to increase any the CPI average in the current quarter we are in (July, August, September of 2009) must be above 215.495. To get an example of where we are currently at the 1st quarter CPI average from this year was 206.542. A jump exceeding 8.953 is the only way there will be an adjustment. The largest spike from 1st quarter to 3rd quarter was in 2008 at 7.78.

Where can I find more information on the COLA?