Did you know that victims of medical malpractice in the United States are obtaining more compensation for their losses today than they have in years before?

But here in North Carolina, medical malpractice payments fell by 29 percent from 2013 to 2014, according to the analysis. 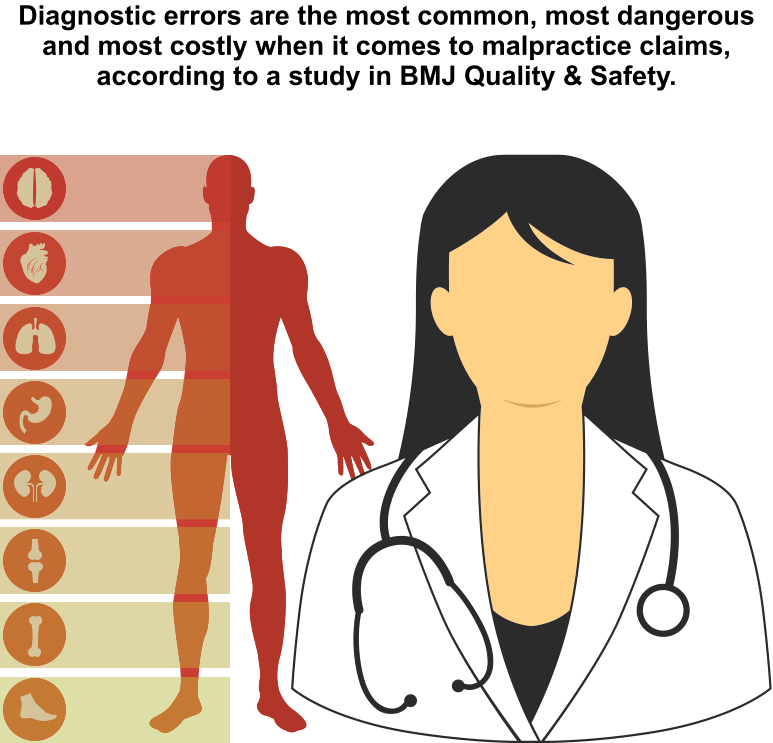 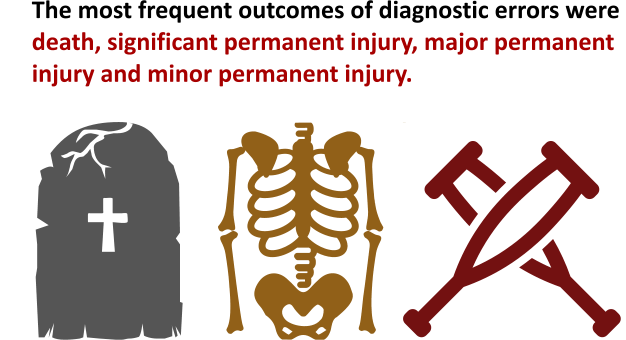 According to Diederich Healthcare, the most common med mal errors resulting in payments in 2014 were:

The most common outcomes from medical error and the average payments for each in 2014 were:

Below are several statistics that provide a picture of medical malpractice in North Carolina and the U.S. You may be surprised by what we’ve found: 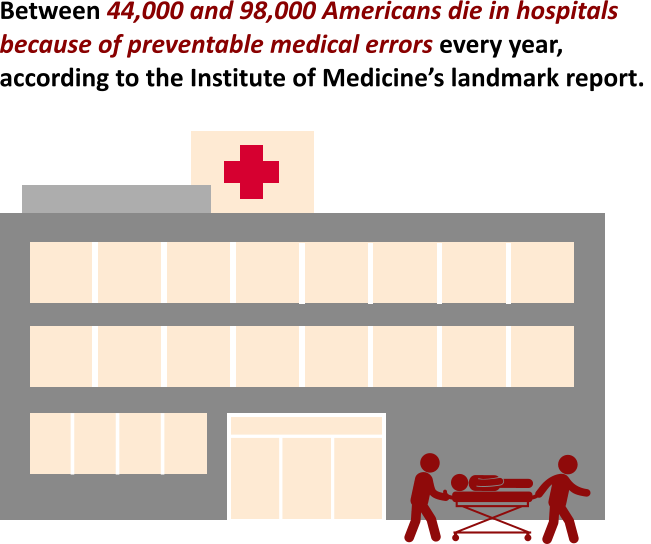 Between 44,000 and 98,000 Americans die in hospitals because of preventable medical errors every year, according to the Institute of Medicine’s landmark report. 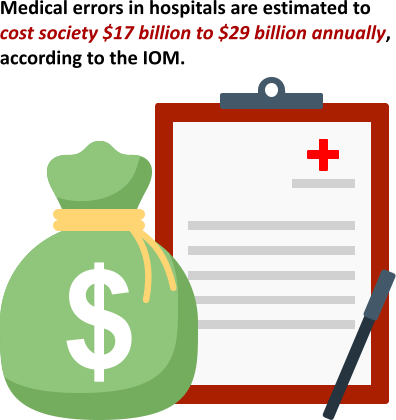 Medical errors in hospitals are estimated to cost society $17 billion to $29 billion annually, according to the IOM. But the total amount spent on medical malpractice insurance in 2000 was $6.4 billion – at least three to five times less than the Institute of Medicine’s estimate of the costs of malpractice to society. (National Association of Insurance Commissioners, Statistical Compilation of Annual Statement Information for Property/Casualty Insurance Companies in 2000, published in 2001). 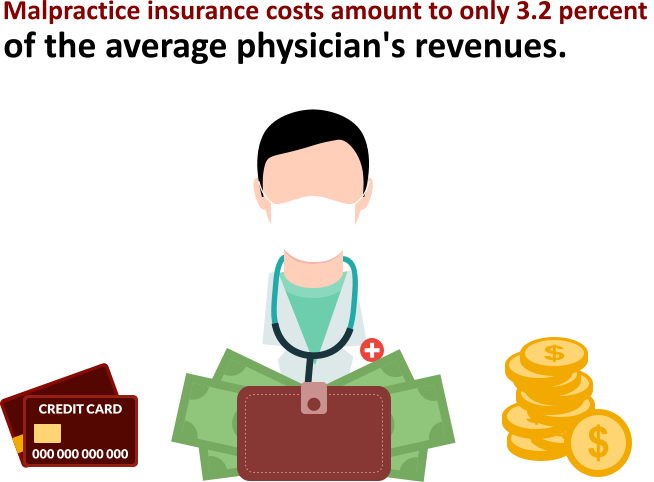 2014 marked the second consecutive year that malpractice payout amounts in the U.S. rose, according to Diederich Healthcare. However, North Carolina was one of four states in which payouts fell. 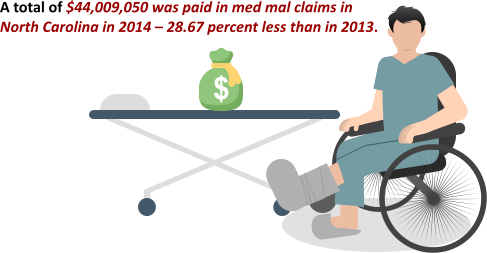 The NPDB reports that in North Carolina in 2014, there were:

Statistics and trends may paint the big picture, but at Hardison & Cochran, we focus on the losses and needs of individual clients. No law firm can guarantee the outcome of your case; you should walk away from any lawyer who promises a specific result. We will obtain and review the medical records and if we find evidence that a medical provider failed to deliver the proper standard of care, we will pursue the case aggressively.

At our firm, you have our personal guarantee of quality work, personal attention and client satisfaction.

Contact Hardison & Cochran if you have questions about your or a loved one’s medical treatment in North Carolina. We’ll review your case and your legal options for free. If you retain our firm to pursue a claim and you are not 100 percent satisfied with the way we treat you and your claim during the first 30 days after hiring our firm, you may take your file with no attorney fees sought from you and no questions asked.