How Does North Carolina Rank for Teen Drivers? 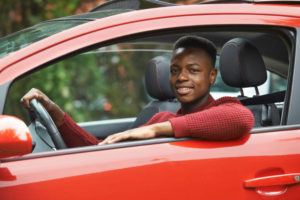 If you have a teenager and are concerned about keeping your teen out of harm’s way, you should focus attention on teaching your teen to act responsibly and drive defensively when behind the wheel of a motor vehicle. The National Highway Traffic Safety Administration (NHTSA) reports that motor vehicle crashes are the leading cause of death for teens, and that every year, more than 5,000 young people are killed in car accidents.

As a parent, there are certain steps that you can take to reduce the risk of your teen being involved in an care accident, including encouraging safe driving habits and setting a good example yourself. Knowing the risks and dangers that your teen faces is important – like distracted driving and alcohol use.

To help you understand threats to teens on the road, WalletHub recently published the results of their latest study: 2016’s Best and Worst States for Teen Drivers.

According to the study, North Carolina ranks 16th in the nation in terms of best states for teen drivers. To reach this conclusion, analysts at WalletHub considered a number of factors involving safety conditions, economic environment, and driving laws.

While North Carolina received a ranking of 16th overall, it ranked 31st for safety conditions, indicating the state has a lot of room for improvement. The safety conditions category includes variables such as the number of teen driver fatalities per 100,000 teens, number of traffic violations involving teens driving under the influence, and the quality of roads.

The highest ranking that the state received was 7th place in the category of economic environment for drivers. According to the study, economic considerations include the cost of speeding tickets and fines for not wearing a seat belt, cost of auto insurance for teen drivers, and the cost of car repairs.

North Carolina was identified as among 13 states with the best graduated driver’s license that give young drivers more responsibility in stages as they become more experienced.

The top 10 states that are safest for teen drivers, according to the study, include:

The worst 10 states that are most dangerous for teen drivers include:

Other State Rankings for Teen Drivers

How to Improve Safety for Your Teen Driver

Parents should play an active role in the teenager’s life, including teaching a teenager how to drive. If you are a parent of a teen driver, here are some things that you can do to help foster safe driving habits, and reduce the risk of your teen being in a crash:

Lead by example. If you are a driver who gives into the temptation to talk on the phone or text behind the wheel or you rage at other drivers, your teen is not being exposed to safe driving habits. To encourage teen driving safety, practice safe driving yourself by always putting your phone away, giving other drivers plenty of room, and following the speed limit. Don’t forget about the importance of buckling up. Even if you are only traveling a short distance, you should always wear your seatbelt.

Practice driving with your teen. Your teen likely has a requirement to get in a certain number of hours before he or she will have a North Carolina driver’s license. Help them get in these hours safely by accompanying them while they practice driving. As the passenger driver responsible for giving safety tips, be sure to remain calm, collected, and patient. No one learns well when they are being overly criticized or yelled at. You can help your teen by focusing your full attention on them. Don’t talk on your phone or fiddle with the radio while they are driving.

Set ground rules. Putting in place a few ground rules for your teen for when they are behind the wheel is a good idea. In addition to the obvious such as never consuming alcohol before operating a car, talk to your teen about the use of their cellphone while in a vehicle, how many friends (if any) can ride with them in the car, adverse weather conditions they should avoid driving in, and hours that they are not permitted on the road. Accidents are more likely when visibility is poor. You should review with your teen driver the steps to take in the event that a crash occurs including reporting the accident to the police, seeking emergency services, obtaining the other drivers’ license and insurance information and informing you of the wreck as soon as possible.

What to Do If You or Your Teen Is in a Crash in Raleigh, NC

Inexperienced teen drivers are often to blame for accidents, but they may also be the victims of crashes. Whether you or your loved one was injured in a crash, the attorneys at Hardison & Cochran understand that when an accident happens, getting compensated for damages is essential. We will work with you and the insurance adjuster to seek a fair settlement of your claim, and to help you to understand your other recovery options, like filing a lawsuit if the accident involved another driver’s negligence. For a free case consultation with our talented North Carolina car accident lawyers, call us today or contact us online.