A nursing home is supposed to be a place where the elderly receive the professional care and attention they need, particularly when in frail health, suffering from dementia or other health conditions. 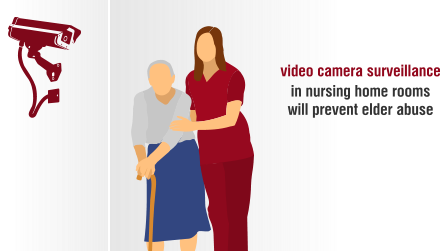 Citizens in many states have become so concerned about nursing home abuse that there is a push for legislation to give family members the right to have video cameras installed in their loved ones’ rooms for electronic surveillance. Since family members are unable to be at their loved ones’ sides 24 hours a day, the idea is video camera surveillance in nursing home rooms will prevent elder abuse, neglect or mistreatment.

According to ABC News, the federal government estimates one out of every four nursing homes fails to meet the standards necessary to keep its patients healthy and secure. In some instances, the homes entrusted with elder care have caused some elderly residents physical, emotional or financial harm.

Not all instances of nursing home abuse are reported. Elderly individuals may feel intimidated or reluctant to call attention to the problem, may be unable to communicate, or live in fear of retaliation. Statistics from the National Center on Elder Abuse (NCEA) indicate only one of every 14 elder abuse cases is reported to authorities. For each reported case of abuse, another 24 cases are estimated to exist. A study conducted by the NCEA also found: 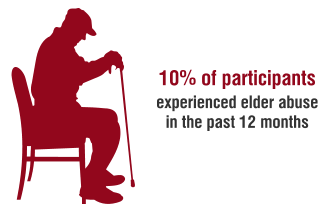 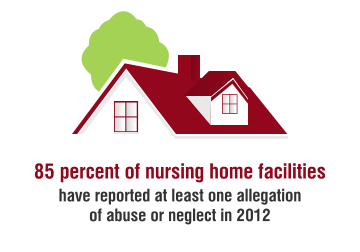 The report said that close to five million elderly adults suffer some level of abuse, neglect or exploitation while under care every year. The number of elderly Americans is expected to more than double between now and 2050, and many will eventually require some long-term care. Measures must be established to protect the safety of nursing home residents.

Illinois is the most recent state to consider allowing the electronic monitoring of nursing home residents. Earlier this year, the Illinois House of Representatives approved a proposal giving families and nursing home residents the option of installing video or audio devices in their rooms.

Once legislation is passed, permission would have to be obtained from both the individual and any other resident sharing the room. Nursing home personnel would be prohibited from tampering with the video monitoring equipment. Signs would be required to be posted warning visitors that upon entering the room, all of their actions will be monitored by video surveillance. Cost for this equipment will be the responsibility of the resident and his or her family, rather than the nursing home.

If approved, Illinois would join four other states, including New Mexico, Oklahoma, Texas and Washington that have given nursing home residents the legal right to have video cameras installed in their rooms to provide around-the-clock electronic monitoring, according to the Pew Charitable Trusts. Maryland’s state guidelines allow video cameras to be placed in nursing home rooms, providing the facility is in agreement.

Is the Placement of Video Cameras in Resident Rooms a Privacy Violation?

Any consideration of putting video cameras in a loved one’s nursing home rooms raises the question of whether this could be a violation of a resident’s right to privacy. A recent article in The New York Times states that while some nursing homes have attempted to prohibit the installation of video cameras, claiming that surveillance is a violation of federal privacy laws under the Health Insurance Portability and Accountability Act (HIPAA), personally owned and operated video surveillance equipment does not violate HIPAA.

As long as the resident gives his or her family permission to monitor the room and interactions with nursing home staff, it should be within the individual’s right to have video cameras installed for protection. In cases where a resident is unable to make this decision, it would be up to the individual’s health care proxy to authorize the installation of the video monitoring equipment. 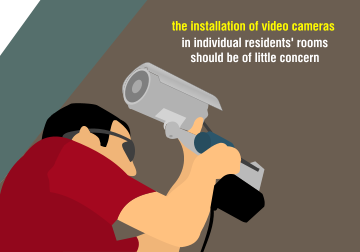 Through electronic monitoring, family members would be able to check on their elderly loved ones and make sure they are receiving the care they need, and not being neglected, abused or mistreated while under care. As long as nursing homes and their staff are not engaging in illegal or abusive behavior, the installation of video cameras in individual residents’ rooms should be of little concern. In fact, video surveillance could be beneficial to all parties, as it could end the possibility of false allegations of abuse or neglect.

If you suspect that a loved one has experienced nursing home abuse or neglect in North Carolina, talk to our lawyers about your legal options.