Don’t Allow a Dog Bite to Ruin Your Life

With 68 percent of American households owning dogs, it is clear they are man’s best friend. Yet even the most friendly animals will bite if mistreated, provoked or put in a defensive situation. 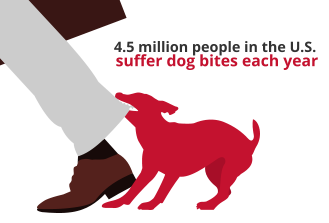 About half of the victims of dog bites are children. Many injuries occur during warmer months when children spend more time outdoors, increasing the likelihood they’ll encounter neighborhood dogs. Even when playing with the family dog, children are likely dog-bite victims. Family dogs may get agitated during horseplay and the children may fail to recognize the warning signs and reasons a dog might bite.

The American Veterinary Medical Association reports any dog that bites can seriously injure. The group also finds breed is a poor indicator of whether an animal will bite. 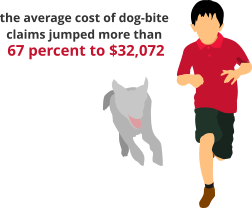 Dog bites can be expensive. Bites and other dog-related injuries accounted for a third of all homeowners insurance liability claims dollars paid out in 2014, a total of more than $530 million, the institute reports.

How to Avoid Dog Bites

The American Society for the Prevention of Cruelty to Animals suggests that parents teach children to follow these steps to keep from being bitten.

The organization also offers these tips for parents and children:

Even after a dog owner’s best efforts and training, a dog may bite or attack, causing serious injury and even death. If you or a loved one has been bitten by a dog owned by another, contact a Raleigh dog bite attorney experienced in handling dog-bite cases to help you obtain the compensation you and your family deserve. Don’t let the bite of an aggressive dog damage your life.