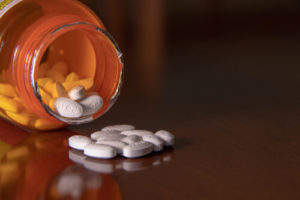 The lawyers of Hardison & Cochran are reviewing cases of diabetes among women in North Carolina that may be connected to their use of the Lipitor cholesterol-lowering drug.

Studies have found a potential link between Lipitor use and increased blood sugar levels (particularly in older women), which can lead to Type 2 diabetes. In February 2012, the U.S. Food and Drug Administration (FDA) ordered this information to be added to statin labels. However, many women may have started using Lipitor before this warning came out.

If you or someone close to you has developed diabetes after using Lipitor, it is important to protect your rights and learn more about your options, including the filing of a Lipitor lawsuit. Contact Hardison & Cochran. We can provide a free and confidential review of your case.

Lipitor belongs to a class of drugs called “statins.” When used with a low-fat diet and exercise, these medications can help to decrease a person’s low-density lipoprotein (LDL) cholesterol, or “bad” cholesterol, according to the FDA.

The FDA approved Lipitor for the U.S. market in 1996. It has since become “the biggest-selling drug of all time,” according to Forbes. Lipitor is manufactured by Pfizer Inc. In November 2011, the FDA gave approval to Ranbaxy Laboratories Ltd. to make the first generic version of Lipitor.

Has Lipitor Been Linked to Diabetes in Older Women?

Several studies have found that use of statin drugs may increase an individual’s risk of developing Type 2 diabetes. This research includes:

On February 28, 2012, the FDA announced a change to the labels for Lipitor and other statins. The label now warns doctors and patients of the potential “small increased risk of increased blood sugar levels and of being diagnosed with type 2 diabetes mellitus.”

The FDA has stated that the benefit of statins such as Lipitor outweigh the risks. The agency simply urges doctors to monitor patients who are prescribed these medications.

However, in a March 2012 New York Times op-ed piece, a cardiologist at the Scripps Clinic expressed frustration that more was not being done “to find out why statins cause diabetes.”

In February 2014, the U.S. Judicial Panel on Multidistrict Litigation (JPML) ordered all Lipitor lawsuits filed in federal courts to be consolidated in the U.S. District Court of South Carolina. According to the JPML, these lawsuits allege that Pfizer:

If you pursue a Lipitor claim, your case could become a part of this multidistrict litigation (MDL No. 2502) if it is filed in a federal court. MDLs are not class-action lawsuits. In a MDL, each lawsuit remains separate and distinct but is consolidated with similar claims for pretrial proceedings. Consolidation simply allows the pretrial process to proceed as efficiently as possible. A Lipitor claim could also be filed in state court on an individual or class-action basis.

It is important to have an experienced drug injury lawyer in North Carolina review your case in order to determine the best strategy for protecting your rights and interests.

To speak with an attorney from Hardison & Cochran, contact us by phone or through our online form. We will respond to your inquiry promptly and provide a thorough review of your case.