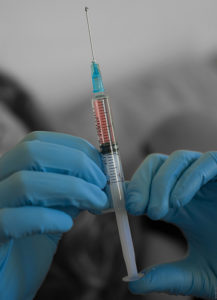 Dr. April Pettit is an infectious disease specialist in Nashville, Tennessee at Vanderbilt University. When a patient of hers wasn’t responding standard treatments, she was concerned. After these standard treatments didn’t work, she spoke with the family of the patient. Through these discussions she found out that the patient had been given an steroid injection at a facility in Nashville.

When she put all of this together, she sent the patient’s spinal fluid to be tested for a rare form of meningitis which was not bacteria or a virus, but caused by a fungus. The results showed that the patient did have the fungal meningitis.

This was the first of over 300 confirmed cases of the fungal meningitis outbreak reports Yahoo! News.

Since the discovery by Dr. Pettit, 24 people have died, including the patient referenced in the story above. While the original patient did not make it, Dr. Pettit is being praised as a hero and with saving many lives across the nation due to her decision to look further into why her patient’s condition wasn’t improving.

If you would like to read more about the extra tests that Dr. Pettit ordered, please read the article on Yahoo! News.