Living With Psychological Effects after TBI 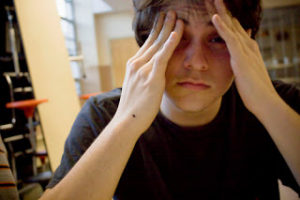 Michele Willis was involved in an accident in the winter of 2009 which resulted in a traumatic brain injury. After being medically worked on at the scene of the accident and a long hospital stay which included a complicated surgery, Willis woke up to a new way of life.

After waking up, Willis didn’t know how to walk nor did she have the ability to smell or taste. She regained the ability to walk through therapy and her smell and taste senses came back a year later as her brain recovered. While these are great accomplishments, Willis’ recovery is still going on to this day.

One part of her recovery which we would like to touch on a little more in-depth today is Ms. Willis’ heightened anger issues. Ms. Willis’ said the following in a NewarkAdvocate.com article on her recovery:

“I had to put the brakes on my anger. It’s hard to cope with because my family doesn’t always recognize it.”

“I have to walk on eggshells around her.” “He blows up at the slightest thing.” “I used to be pretty mellow, but now I have no patience with anyone.” “He has zero frustration tolerance.” As a neuropsychologist involved in TBI rehabilitation for more than 30 years, I’ve heard about anger and irritability more times than I can count. The research bears out that anger is a very common problem after TBI, affecting one-third to one-half of TBI survivors at some point in their recovery.

So where does the anger come from? Many times with a TBI, a person’s ability to keep up with conversations and what is going on in a room may be diminished. This very well may be the root of the anger and irritability.

As Dr. Hart says in her blog, the best bet is not to try to get rid of the anger associated with a TBI, but to manage it more effectively. When someone becomes angered, this usually means there is a threat present in the room. If you know someone or have a loved one who has sustained a TBI, learning what angers them and ridding it from the room is the best way to dissolve the anger.

While this is just a small overview of the psychological effects associated with a TBI, we recommend reading further. A great place to start on this subject is the blog by Dr. Hart we referenced above. You can access it here. We have also provided various links below for more information.